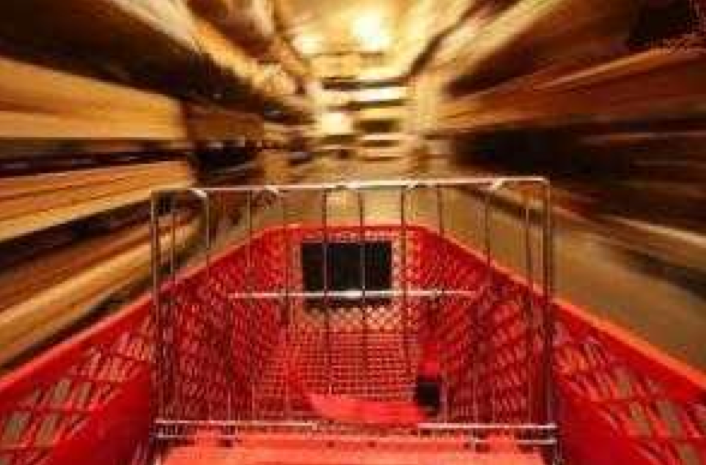 I understand loyalty. I’ve worked on loyalty programs for years and I’m very conscious of how corporate behavior affects my own…

I’ve worked on loyalty programs for years and I’m very conscious of how corporate behavior affects my own loyalty. I’m as jaded an Ad Guy as could possibly exist so I can see through all the loyalty programs you could ever dream up and they probably won’t work on me. For me to feel actual loyalty to ANY organization is a bit of a miracle.

So this is an open letter to Home Depot.

I’ve been a loyal Home Depot customer for years but that got cranked up to eleven recently.

We just moved into a little lake cabin on Lake Travis that we’d owned for years. It’s not far from our long time home outside Austin, Texas and for a dozen years it was the office for my old ad agency, The Ad Ranch. It’s a 1950’s open cabin on a cove on a couple acres of big oaks.

But the place needed a lot of work, new appliances, floors, tile and major grooming of the woods.

And a lot of contractors.

So it’s been going back to Home Depot, sometimes every other day.

Buying a new fridge, Julie (I know many of the people there by now) suggested I get a Home Depot credit card. No interest for six months. Not a bad idea. Sign me up. Five minutes later I’m good and for the next month everything goes on The Card.

Come to find out that only purchases over $299.00 are interest free. Otherwise, the interest rate burns up the ozone.

I’d been feeling all warm and fuzzy about my friend Home Depot until then. Now much less warm. Much less fuzzy.

Now I don’t want to burn up pixels to bitch about this and that. I just paid off the balance and said lesson learned. But I have a point here.

Companies spend a fortune trying to get their customers to LIKE them. But when they sneak in a gotcha, whatever little bit of profit they can wring away turns off the warm, fuzzy tap.

What is the cost/benefit? How much did you make Home Depot by slipping that in and how much did you lose? Now my online purchases are going somewhere else. Now I only go into the store if it’s closer than another retailer. My feeling of being invested in a retailer is gone.

How much is that worth?

If you’re reading this, it’s probably because you’re in some sort of business that depends on customer loyalty so my point to you is simple. Look at everything you do and question your profit centers. Are you sneaking in a few bucks here and there because you can but in doing so, you could be losing valuable loyalty?

How much is loyalty worth anyway?

I don’t really know and I’m sure there is an algorithm for that, but I do know in my own business it’s valuable. We started HeroBracelets.org a dozen years ago to help raise money for the families of fallen soldiers. We’ve raised hundreds of thousands of dollars and sold a lot of HeroBracelets and there have never been any Catch 22’s. There have never been any gotchas and if someone breaks a bracelet, even after years, we try to get them a new one at cost. We appreciate loyalty and take it very seriously and we’re a little, tiny, little project. Nothing like the Home Depot juggernaut.

The moral of the story? Customer loyalty is a game of GO. If you’re not thinking 30 moves ahead you’ll end up losing.