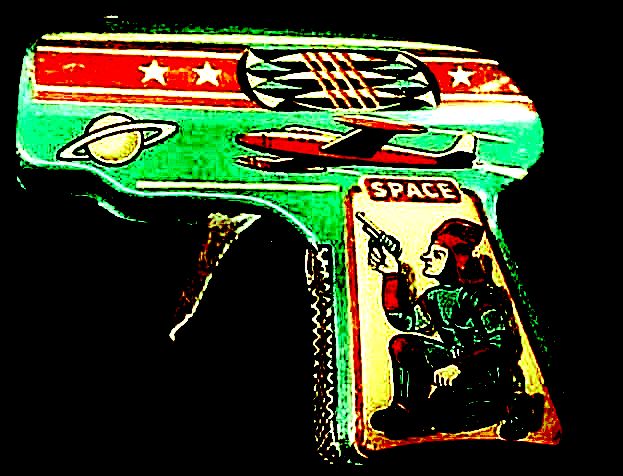 Guerrilla Marketing a trade show… Always bring a gun to a knife fight.

It sounds counterintuitive from a business startup, but I love cheap clients. I’ve learned over the years that the clients…

It sounds counterintuitive from a business startup, but I love cheap clients.

I’ve learned over the years that the clients with less money to spend are more likely to be adventurous in their marketing.

My philosophy is that you can either throw money or brains at a problem. And since I’ve been in Austin the last 20 years branding and marketing startups without enough money, we throw brains.

For instance… I had a client years ago that was going to be in a tradeshow. To be an official sponsor, they needed $60K and for that, they got to put their cards on each seat for the busses that took attendees to a concert.

I took that $60K and made them look like they were the biggest sponsor  at the show.

1. We cut deals with a dozen local bars. If people brought in our coupon, they’d get a free drink. We’d pay $5 per coupon. And we hung banners in each bar.

2. We had a guy at the airport greeting incoming flights with a welcome sign and goodie bags including a lanyard, drink tickets, fun stuff and a map of our bars.

3. We bought all the billboards between the airport and the convention center.

4. We hired a bar bus to drive attendees who were wearing our lanyard. They drove our route with all our billboards and during the show, did a route to the hotels.

5. By the time people got to their hotel, they assumed we owned the city.

6. We covered the sidewalks in chalk drawings and our tagline.

7. We flew a remote blimp around the convention hall with our tagline.

8. We buzzed the VIP golf tournament with a biplane pulling our tagline. This pissed off the main sponsor’s CEO but he admitted that he wished he’d thought of that.

9. We put big glow-in-the-dark buttons on everyone as they entered the main entertainment  event. This caused the marketing manager for the huge sponsor company to cry when she looked into the darkened music hall and saw a sea of glowing buttons with our tagline.

Our clients working the show reported back that people asked them over and over if we’d put on the show.

We were one of the smallest sponsors and we got the biggest bang.

The moral of the story? Look at what everyone else is doing and don’t do that. Have some huevos and make a big noise. People will talk, but isn’t that the whole idea?