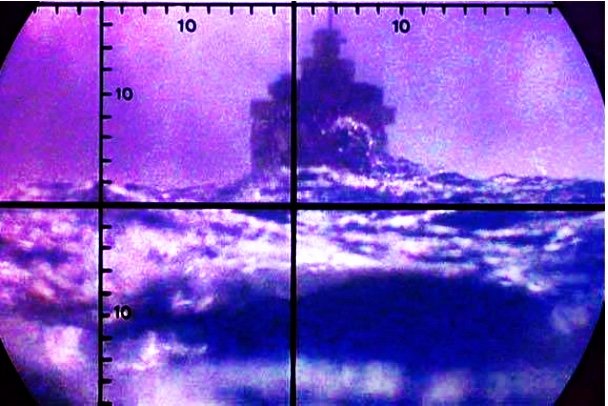 Bring in the Torpedo People.

I spent several years traveling around the country leading creative discovery sessions for a process I called The Dozen. After seeing…

I spent several years traveling around the country leading creative discovery sessions for a process I called The Dozen. After seeing how most intranets were built, I realized that the only way to build an effective site was to get a real understanding of the company culture. We had a team of designers, UX and software architects that built the front end foundation for large intranets, extranets and public facing sites.

Over the years. I’ve been in literally hundreds of companies and seen how corporate culture evolves. It actually reminds me of a book a friend wrote called Islandia. In his book, we’d identified an Earth-like planet and sent a few thousand people to colonize it. The problem was apparent as soon as they landed… The planet was covered in small islands a few miles across. No big continents, just small islands. So the travelers had to split off into small groups to live. As generations went on, individual cultures developed. Just like they do in companies today.

When I ran these workshops, I’d gather up corporate leaders and representatives from all walks of corporate life for three very intense days to see how they really communicate.

The workshop was structured in a way that we learned the first day, worked late developing layouts that night and presented ideas the next morning. We’d all refine those ideas, learn more and on the final day present sitmapping, layouts, wireframes and creative messaging. We’d get buyoff on everything and go home to start production.

It was so efficient and fun that some companies did it twice. Once for their intranet, and again for their public facing site.

What we learned from these sessions was amazing as well. Every company starts to think alike. They start to think that things should be done a certain way. I can’t tell you how or why, but it just is.

For instance, I could ask everyone where they think something simple like ordering business cards should go on the intranet. Every company will have a different answer and I was always glad we asked.

By leading companies through this process, we got them to realize what they agreed on already, and discuss new ideas that may had never been fully worked out. I’ll share more stories from these sessions later.

But back to Torpedo People.

I was with our sales team pitching a Dozen to very large client in Denver. As I walked them through the pitch for the workshop, they immediately got it. They all knew this was the right process to help them work through the otherwise impossible task of developing an intranet that would work for thousands of worldwide employees.

Halfway through the pitch, someone asked me who should be in the workshop. I replied, “Anyone who can torpedo what we’re doing should be there. Nobody wants to waste their time or money making decisions that will be called back later…”

They hired us to build the site and set up a date for the workshop and I got a very happy call from her to tell me she’d lined up all the “Torpedo People” for the event.

Torpedo People. I loved it and I wished I’d come up with the phrase.

Torpedo People are the folks upstream of decisions that can destroy everything. It could be a wise judgement, it could be personal opinion, it could be a simple power play.

But no matter what it is, if an idea gets torpedoed well into production, the process is broken.

I’ve seen this over and over. ESPECIALLY in bigger companies. A concept gets put into production and someone down the chain decides the idea was wrong. Then everyone who spent time and money bringing it to life has to start over. This wastes resources but it also damns the creative process.

Anyone on the creative side will be less willing to dig deep for great thinking when it feels like a lost cause. I’ve seen this happen so many times that I put a big caveat into my process. Bring in the Torpedo People early on. Let me show them rough sketches and ideas. Get them into the brainstorming process and get their buy-off early in the process. Once they know the ideas are right, the build through production won’t be a waste of time.

All too often, Torpedo People are too busy to get involved early on, but look at the logic. They’re too busy to give their input early, so everyone else wastes time on reworks. Always being on the creative team, I can’t tell you how wasteful this is. Drag them in, kicking and screaming if you have to. Or a simple CC on the creative in the early stages.

Give Torpedo People the opportunity to be part of the creative process, instead of just blowing things up.