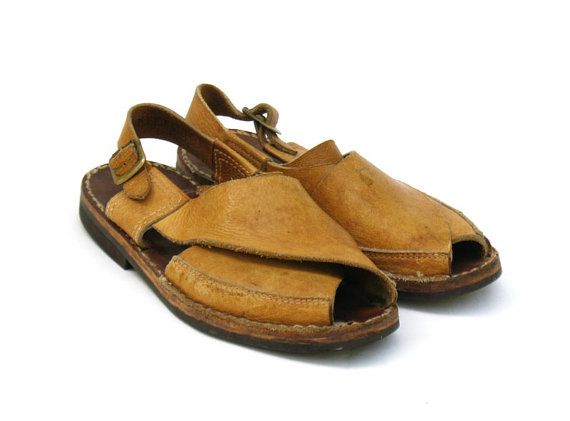 The case of the 50 year missing sandals.

I went to school at Cecil B. DeMille Junior High School in the early 70s. Only in Southern California would…

I went to school at Cecil B. DeMille Junior High School in the early 70s.

Only in Southern California would they name a junior high after a film director. The school is gone now. It was built in the 1950s and served us well.

When I was there, the school was divided into three cliques. The Surfers, The Jocks and The Lowriders. These weren’t hard borders and everyone got along pretty well. The Surfers were actual surfers, the beach was twenty minutes away and it wasn’t unusual for kids to ditch school if there was an offshore breeze. I know I did.

The clothes we all wore were all over Dazed and Confused. HIgh-waisted pants, hippie stuff and puka shell necklaces.

The shoes were Wallabees, flipflops and JCs. JC as in Jesus Christ. Or Jesus Sandals. I’m not even sure why we called them JC’s but we did. The Lowriders wore JCs and The Surfers wore flipflops and Wallabees.

JCs came in brownish leather but that wasn’t cool. We died them black. And wore black socks because the die would make your feet black.

I never had a pair but apparently, somewhere in the back of my mind, I wished I had. I dreamed recently about finding a pair in a big mall and bought them. When I woke up, I realized i must possess a pair. So I looked. And looked. And looked. Couldn’t remember the name or maker and looked.

So I reached out to a Facebook group from my high school graduation class and sure enough, folks remembered them, the name and the maker. Clark’s made them, as well as the Wallabees we all had to have.

So I headed to Clark’s. Nothing. They don’t make them any more.

So I found the CEO of Clark’s and wrote him. Waiting to hear.

In my research, I even found a picture of Richie Havens wearing a pair of JCs while he’s on-stage, playing Woodstock. And I found one pair on someone’s Pinterest.

But the shoes have vanished into history.

How could the shoes that died so many feet black and adorned Richie Havens feet at Woodstock disappear?

The page you requested could not be found. Try refining your search, or use the navigation above to locate the post.