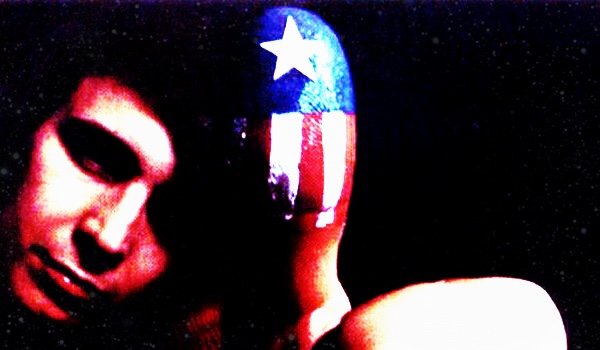 This isn’t about the tacky movies. This is about a rambling 1971 song by Don McLean. “Bye Bye Miss American…

This isn’t about the tacky movies.

This is about a rambling 1971 song by Don McLean.

I was at Cecil B. DeMille Junior High School in Long Beach California. And yes, they name schools after inflated movie directors in LA. It’s LA.

Mrs. Brickey was the only memorable teacher at the school. She taught English and drove a Corvette and had every boy in the school talking. I was in her English class and again with her on the year book staff. All the other teachers, staff and janitors blur into one faceless gaggle… But Mrs. Brickey stood out. Maybe it was the Corvette. And maybe it was her ability to come up with ideas that nobody else in the school took the time to think of.

I’m sure we can look back to all the lesson plans we suffered through in public school and remember, basically, nothing. Endless lessons that all blurred into who we are now. They all did their jobs, but most of those lessons were just little waves rolling to shore.

As I listened to the song the other day, I realized that Mrs. Brickey cooked up a lesson plan that’s still with me, many years later.

A long, long time ago

And I knew if I had my chance

That I could make those people dance

And maybe they’d be happy for a while.

Mrs. Brickey took a whole week for our class to dissect a song. Yup. That one. Bye Bye, Miss American Pie. The song had come out a few years earlier  in 1971 and was still playing on the radio at the time. It was a longwinded, eight-minute diatribe that seemed to be talking about all the big events in our lives but in language that hinted, but didn’t spell anything out clearly. It was poetry. It was parable. It was symbolism.

She, somehow, managed to spend a week with our class, breaking down every line and talking about the historic events that could be behind it. The people, the language, the story behind every line.

I remember thinking how bizarre this was, and how did she get away with this? Shouldn’t we be learning about verbs and pronouns and gerunds, whatever the hell those are?

Nope. We were going to spend the week talking about these monumental lyrics and their hidden meanings. Every day was a different piece of the song. Every discussion meant we were talking about The Beatles or the drug movement or the Stones and the Hells Angles beating up people and Buddy Holly and Bob Dylan and… And… And…

It was our world. It was events that had been unfolding since we were born. It was based on things that were happening in the real world around us, outside the school property.

So she’d figured out how to make a bunch of punky ninth graders actually listen. And think.

I can’t remember if I cried

When I read about his widowed bride

But something touched me deep inside

The day the music died.

And now, looking back at what she’d done, I realize it had an actual effect on my life and career all these years later.

She taught me to look below the surface. Dig deeper, keep going. There is something down there that will change everything. Find that Capo d’Astro Bar. Sure, it’s easy to just listen to something or look at something and appreciate it for what it appears to be… But the real beauty, the heart and soul are not apparent. You need to dive down and take it apart and somewhere in there is the essence and it’s much more beautiful than you ever imagined.

And she was right.

As I was listening to that song the other day, I realized that’s what I’ve been doing with my life since then. That’s what I do for a living.

I build brands and create campaigns that dig far below the surface. Somewhere, deeply buried is That Thing that makes this client different and better and shinier and more desirable than anything else. If I think long and hard enough, I’ll find it. It’s in there and when I find it, I’ll know it.

Then the rest of the world will realize it and the brand will succeed.

Well, I know that you’re in love with him

‘Cause I saw you dancin’ in the gym

You both kicked off your shoes

Man, I dig those rhythm and blues

It took a lot of years to realize that lesson helped form an idea that turned into a life’s work and a philosophy. A simple week of what, at the time, seemed like a total lark. A chance to screw off and avoid actually learning something. A week to just listen to one song and talk about the words. A week just like any other week, that somehow stuck around for a lifetime.

Wherever you are Mrs. Brickey, thank you. You left a wake, swirling, many, many years later. And you helped a lot of companies do a better job of selling organic food, software, moonshine, medical products, kid’s shows, financial services roller skates and hell-all only knows what else.

Drove my Chevy to the levee, but the levee was dry

Them good old boys were drinkin’ whiskey in Rye

And singin’ “This’ll be the day that I die”