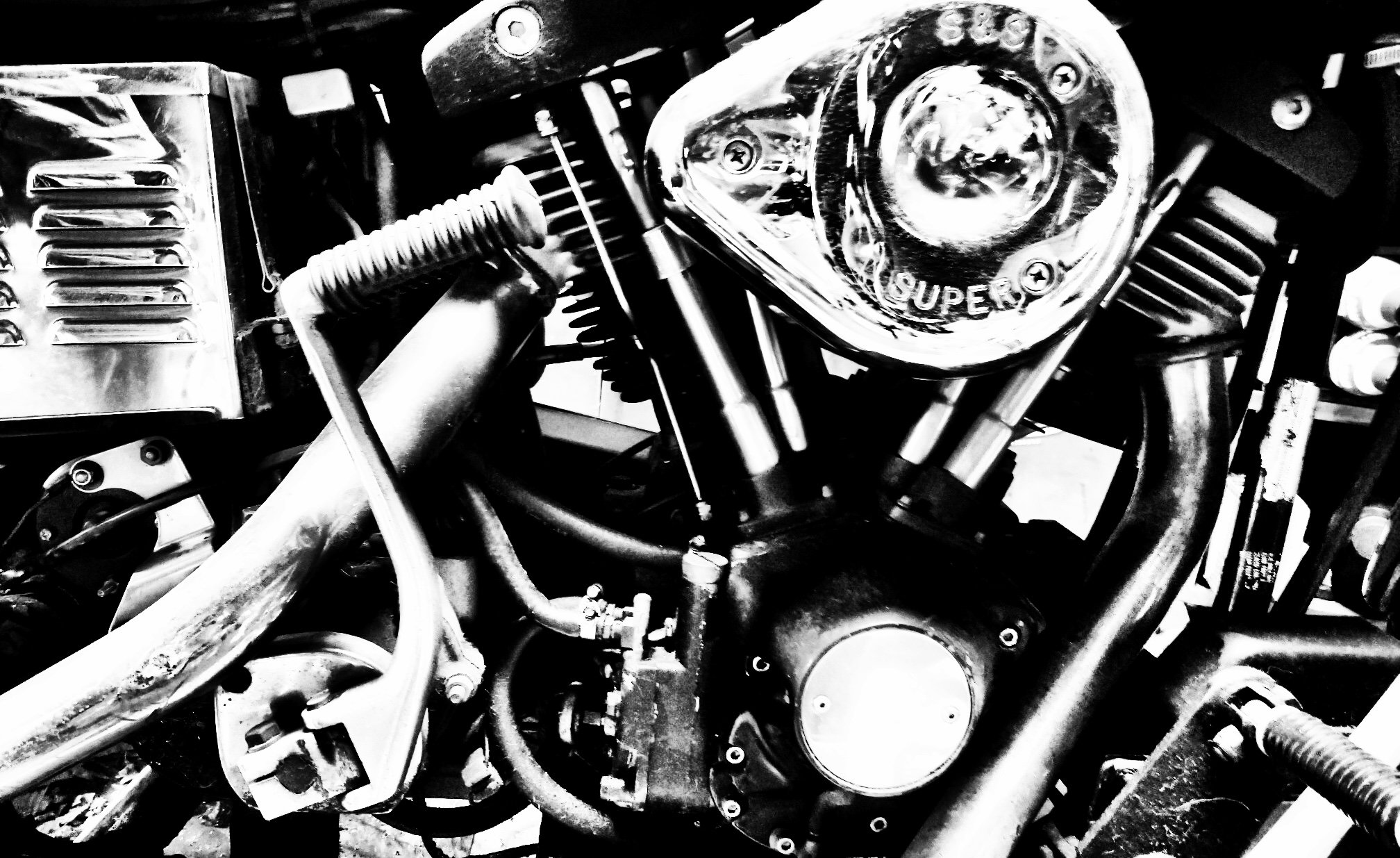 The Harley Shovelhead and UX.

Chances are, whatever you know about Harley motorcycles isn’t about the Shovelhead. The Shovelhead was a kind of Harley engine…

Chances are, whatever you know about Harley motorcycles isn’t about the Shovelhead.

The Shovelhead was a kind of Harley engine that powered all their bikes throughout the 70’s. They dressed them up a lot of ways, but the engine was basically the same.

And most likely, if you were taking off before sunrise on a Saturday morning to ride up Route 1 with a couple buddies from Long Beach to San Francisco for the weekend, you’d experience both sides of that bike.

I had three of these creatures from 1977 to 1995. I figure I put maybe 200,000 miles on the three bikes and I know them inside and out. One never figures ahead of time that one could become an expert in something so odd, but it happens.

Like I said earlier, if you know of Harleys, you probably know of modern Harleys. The one’s that actually run and have some rather sophisticated engineering. They are also complex enough that when they do break, you’re taking it to a dealer.

The Harleys I’m talking about were NOT like that.

Shovelheads were big, heavy, slow, loud, cumbersome, they didn’t turn or stop and they shed parts at random times. THAT’S the kinds of beasts I rode all over California all those years. Greasy, rattling, engineered by monkeys… That’s the Shovelhead.

But what does that goofy machine have to do with the concept of User Experience?

As simple as that. Really.

What defines the user experience for a motorcycle. Sure, it’s a basic form of transportation, but in its finest form, its entertainment. Its a total body video game that grips every sense and involves every ounce of your being.

It also takes you around and lets you cheat when it comes to parking.

But for me, those miserable bikes were a ticket to anywhere, any time. They were a drug, a therapy, a friend, a party waiting to happen.

So if we see a motorcycle in it’s highest form as all those things, the Shovelhead was a perfect User Experience.

You HAD to be fully entrenched in it’s eccentric ways to feel that way.

The rear exhaust pipe would rattle loose. You needed a long allen wrench to keep it attached. The brakes would fade, you need a can of brake fluid, a couple small wrenches and a piece of clear tubing to bleed them… The carb would get out of adjustment but if it was idling funny at a stoplight, or the insides of the pipes were too black, you could adjust the carb with your gloves on at a stoplight. Just reach down and turn the idle screw till it sounded better… if the tappets got loud, pop off the covers with a screwdriver and pull out an open ended 9/16th and 1/2 inch wrench and use the kickstarter to get the jug to its bottom position and get the pushrod to a firm turn…

Over the years I  developed a small leather toolbag that had everything I needed to keep it running. A dozen or so tools, wire, extra spark plugs, some points and a handful of nuts and bolts. I could tear it down on the side of the road and put it back together, usually without many parts left over.

My User Experience was total and complete. I knew exactly what it would do all the time. I knew when it would break and how to fix it. I knew how fast I could take a turn. I knew when it’d lock up or stall or come up with some other diabolical excitement, and I knew how to solve the problem.

It was so easy to work on that I could get to problems easily. There were no covers or plastic goodies to get in my way. Everything was hanging out in the air and common backyard tools could pull anything off and put it back on.

So I was at home with the greasy beasts.

And every time I got out to start it, dump it into gear with a resounding chunk and roll back the throttle, I’d smile. The sound filled any space I was in and every pop of the V-Twin could be felt throughout my whole body. It owned every experience and allowed me along for the ride, but there was always a cost. It gave very few free rides. Something would need a little tweak, but once we both understood each other, we got along just fine.

I finally realized my Bike Karma was way used up. Very few people can ride that far on machines that WANT to kill you and survive. I’m lucky or crazy or stupid or brilliant. You can decide which. I sold my last Harley and bought a BMW for a couple years, then bailed on two wheeled entertainment. Family. Business. Reasons to stay alive.

But about that User Experience thing.

If we can build Web sites to be that engaging, we’ll be very successful.