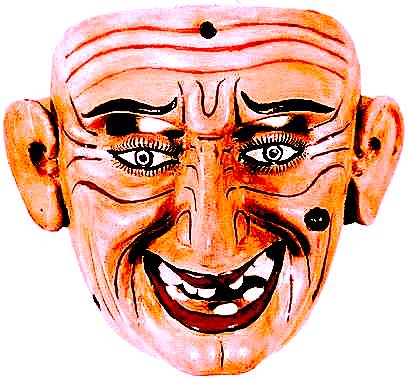 No, Carlos isn’t in the ad business and it’s been years since I read his work, but he had one…

No, Carlos isn’t in the ad business and it’s been years since I read his work, but he had one idea that’s stayed with me and any company needing new thinking should embrace.

In the story, Don Juan is giving advice to someone with a poorly behaved child. They just couldn’t get the little bugger to mind. So he suggested the parent find the most evil looking, scary man in town. Have him wait in a park and go there with the child and walk away for a few minutes. While the parent was gone, the evil man would terrorize the child for his bad behavior. Scare the hell out of him for not minding his parents, then disappear.

The idea being, when the child realizes the big, scary outside world is paying attention to his behavior, he’ll straighten up. There are consequences.

I never did that with MY kids, but then again they were pretty good and the logistics of hiring someone evil were a lot tougher before the advent of the internet.

But the concept has stayed with me.

And now I see a parallel with corporate creative decision making.

Company group-think sets in and that unique brand of outside creative thinking starts to die off.

That’s why you need that “outside resource” to come in and shake things up.

Someone not too deeply connected to your culture. And hopefully someone who will fearlessly march in and kick over the tables.

That’s why we started The 24 Hour Brand.

We realized that companies need the ability to bring in someone from another planet to push perceptions way out of bounds. The kinds of creative minds that are good at rethinking reality are usually, lousy employees. They’re the ones that don’t fill in their TPS reports. They may show up late, make a mess and leave early. And their best thinking probably happened last night at 3:00 AM. They may not fit in the culture because they’re disruptive.

But that’s exactly who you need in small doses. Like 24 hours at a time.

We’ve all done this long enough to know we’re lousy employees. We’re fiery, intense and have short attention spans. BUT, when we’re focused on a problem, we’ll find solutions nobody else would have thought of. We’ll get on fire for something and be up all night to do a month’s worth of work and come in the next morning looking like death, but we’ll solve the problem and everyone will say “Why didn’t WE think of that…”

That’s what The 24 Hour Brand is. It’s not an ad agency. It’s not a design firm. It’s not a consultant group. There are a hundred things it’s not… And what it is, there may be no parallel for.

That’s why there’s a guarantee. Maybe the only guarantee in the creative business. It means we’re either arrogant as hell and living off an inheritance, OR we’re good enough to put our money where our mouth is.

Take the leap and try The 24 Hour Brand. Big thinking from another planet with a guarantee.

It’s like having all the excitement of Carlos Castaneda’s Scary Park Guy without that call from Child Protective Services.